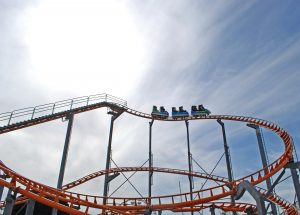 Leading with vulnerability is a competence I’m aware I must display, in my position. If we don’t lead from the front then we’re following someone else’s agenda.

Similarly, we’re adopting their values and their leadership style. Or, at the very least we’re not challenging it. To my mind that’s leaving too much to chance.

Leading With Vulnerability ‘on Retreat’ the Perfect Opportunity

In the Summer of 2019, most of my energy and preparation time went into developing the content for the groups’ annual retreat. An old habit of mine was to fill the time with lots of content because TIME + CONTENT = VALUE does it not? Maybe then; not anymore.

This year I held two separate group retreats in the same week – CEO and Director groups back-to back. I wanted to create a sense of time and space for members to engage; reflect; dig deep; and to leave having changed for the better in some way – whether that was having learned something new about themselves or having been impacted by another member’s story.

With clients, I’ve often said “I’ll go first as I wouldn’t ask you to do anything that I’m not prepared to do myself”. Now, I’d call that a ‘best practice’ statement rather than ‘leading with vulnerability’ which, in truth, is what I want to be role modelling. Well, ‘need’ would be a better word because clearly, I don’t ‘want’ to appear vulnerable in front of groups of successful business leaders!

So, I plucked up the courage to run a vulnerability exercise with both groups. I wanted every member to be seen and heard by their colleagues. Seen for who they are and where they’ve been; without fear of judgement or projection. Easier said than done. I woke at four that morning and lay for three hours thinking about what I was going to say. I felt sick to my stomach.

When I explained the exercise to the group it felt like anything but best practice to go first. Rather, it felt like stretching my comfort zone to breaking point. Nevertheless, I engaged fully with the exercise. There was some swearing; a little humour and a few tears – a rare occurrence for me and usually only in response to animal cruelty on TV!

When I’d finished and the group reflected back to me, who they’d seen and heard; I couldn’t look at them. I stood where I had ended; facing the wall; hands clenching and unclenching. Nevertheless, their words went in and I felt affirmed. The members didn’t actually do that part of the exercise how it was supposed to be done; and yet it felt so good I changed the rules of the game!

I always ask members what action they promise to take; as we bring the meeting to a close. After they’d all shared their answers, they asked me what mine was. My reply was simple “I promise to continue to be brave”.

Boost Your Inner Confidence With a Can-do Attitude!